Leaving London after a great GDIF (Greenwich Docklands International Festival). Staying at Best Western in Peckham which meant a daily walk of 1 hr. To Greenwich. Good networking oppertunities. Got pissed over the queing line at Burger King, it kind of widened out and I could not find my way to the counter so I left. Later, during the game between Sweden and Germany (1-2), I found out that the ques to the pubs aren’t much different.

Got a call from Paco Bialek who told me that Denis Lafurie, the Artistic Director of Crateres Surface-festival in Ales (F), wanted me to talk about how street theatre can empower people and how it can create a change.

>>Walking and art. Thought about Pico Della Mirandola: What is below is above >>> 2016: I was in London during Brexit election (everyone was crying). The day after I was in Skegness where 75% voted Brexit (noone seemed to care) >>> At GDIF, London, 2016, I saw Desperate Men perform for the first time Slapstick and Slaughter. It ended in rain and we had to take the tarpaulin we were sitting on above our heads to shelter us from the rain >>> it erased the difference between aritst and audience and turned us all in to a sociotope (a caring one) we had to walk very slowly to the nearest pub, in the middle of us was a 90 years old man who could not walk so fast <<< 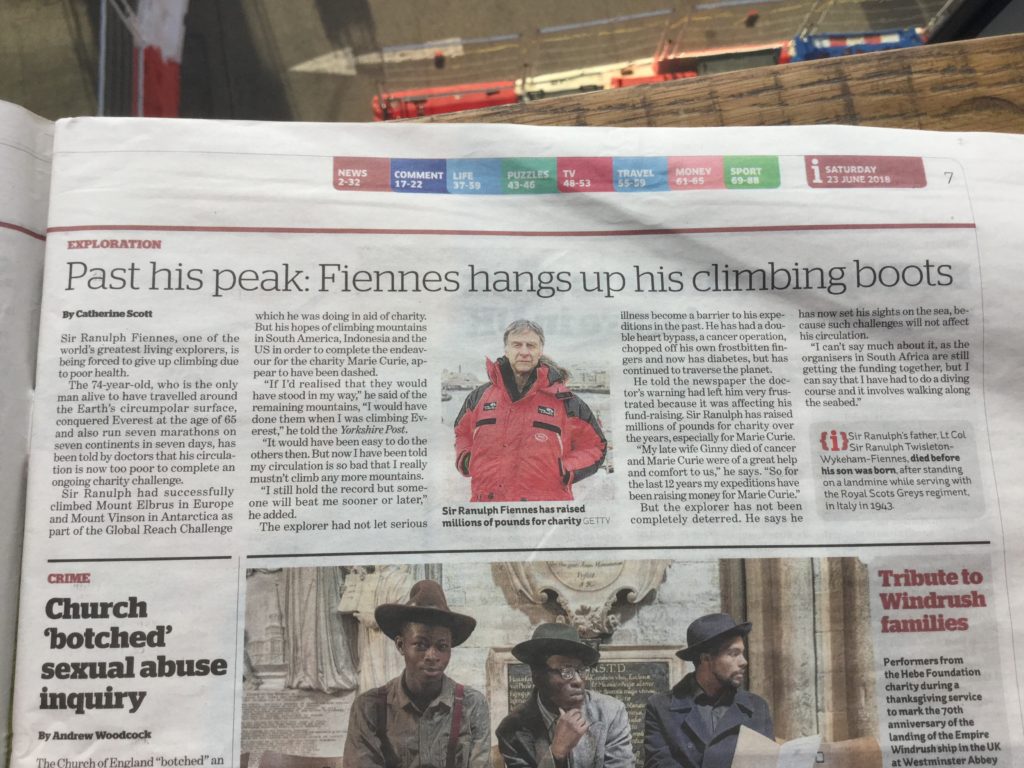 I Gatwick I read I-Weekend. Seemed to me Sir Ranulph Fiennes was missing his father a lot.