November 10, 4 pm PASSAGE Festival is by reading the manifesto of German political thinker Ulrike Guérot and Austrian writer Robert Menasse declaring a Europe for the people. The event will in Elsinore take place in North West neighbourhood, the housing estates of Elsinore not only with the most dense ethnic and social demografical diversity but also with the most balconies.

The declamation is part of The European Balcony project. All over Europe readings will take place at exactly the same time supporting. Also part of the project are Nobel Prize Winner Elfride Jelnik, Burg Theater in Vienna, Thalia Theater in Hamburg and many, many others…..

The European Balcony Project in Elsinore will be carried out in a very strange but necessary cooperation with British and Bristol based company The Desperate Men.  For The European Balcony Project The Desperate Men’s endless touring with the street theatre performance “Slapstick and Slaughter” will be couped and cut into two halfs performed at the same time….one of the halfs to be performed in Bristol, the other half in North West, Elsinore.

ALL ARTISTS WHO WOULD LIKE TO PARTICIPATE IN THE PROJECT ARE VERY WELCOME AND FREE TO JOIN IN ALONG THE AFTERNOON.

Some sort of video documentation will be made and likely also a live transmission of the event. 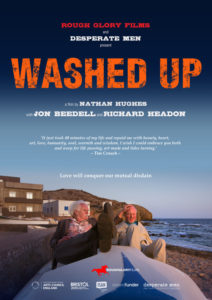 The film WASHED UP by The Desperate Men will after the event be presented in Ablidvængets Bibliotek.

Changes will for sure happen. Keep updated on PASSAGE Festival Facebook Site.